The Lubar Institute for the Study of the Abrahamic Religions closed in June 2016. This web site will not be updated, and remains online as part of the University of Wisconsin–Madison’s public archive.

Neuroscience and the Abrahamic Religions 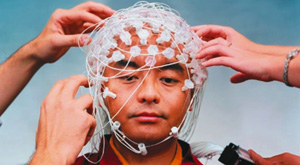 Building on Richard Davidson's pioneering researches into the neurophysiology of Buddhist meditation, the symposium will bring together neuroscientists and scholars of religion to discuss how such research might be extended to include contemplative practice within Judaism, Christianity, and Islam. The event will feature short presentations by each of the panelists followed by extensive Q&A with audience.

Richard J. Davidson is the William James and Vilas Research Professor of Psychology
and Psychiatry, Director of the Waisman Laboratory for Brain Imaging and Behavior, the
Laboratory for Affective Neuroscience and the Center for Investigating Healthy Minds,
Waisman Center at the University of Wisconsin-Madison. He has published more than 250 articles, many chapters and reviews and edited 13 books. He was the Founding Co-Editor of the new American Psychological Association journal EMOTION and is Past-President of the Society for Research in Psychopathology and of the Society for Psychophysiological Research. He was named one of the 100 most influential people in the world by Time Magazine in 2006. In 2006 he was also awarded the first Mani Bhaumik Award by UCLA for advancing the understanding of the brain and conscious mind in healing.

Co-sponsored by the Center for Investigating Healthy Minds and the Isthmus Society.